get in touch with us

“We will continue to explore innovative and alternative treatment solutions for all who experience the debilitating consequences of stress, trauma, addiction, depression, pain, and PTSD.” 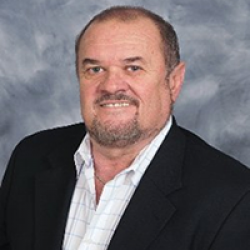 In 2010 Rick Gallant, Founder and CEO of Biosound® Technologies was investigating relaxation techniques as part of his ongoing efforts to use every available tool to help with his recovery from alcoholism. Upon visiting a holistic healing center and experiencing a session on a vibrational bed combined with therapeutic music, the thought occurred that this could be a powerful resource for the treatment of substance abuse and addictions.

Partnering with a Music Therapist, Composer, Hypnotherapist and Certified Addiction Professional, Rick set about developing a system specific to overcoming the trauma, withdrawal symptoms and underlying issues related to the treatment of addictions. Understanding through his own trials that long term sobriety is dependent on a continuing program of spiritual and physical health, Rick also began investigating meditation techniques and biofeedback programs to integrate with the system.

In early 2011, after eighteen months of testing and development in a South Florida treatment facility, The Biosound® Therapy System was introduced to treatment providers at the 2011 Evolution of Treatment Conference. At that time Biosound® Technologies was operating as Xtreme Serenity and the system was called the Serenity Lounge. As the system continued to develop and evolve into a therapeutic solution, it became obvious that a name change was called for. In January of 2014 the company became known as Biosound® Technologies and the treatment modality as Biosound® Therapy. The reception from both clients and treatment providers alike has been nothing short of astounding and we believe that this program is fast becoming a powerful healing tool for therapists, counselors and providers in helping people begin recovery and become long term addiction survivors.